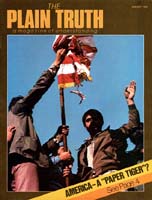 Famed British biologist J.S.B. Hildane was once asked what organic evolution had revealed about God’s creation. “An inordinate fondness for beetles,” was his reported reply. There are, indeed, a multitude of amazing and exotic beetles on earth. What specific beetles Hildane had in mind is difficult to say, but the bombardier beetle is an excellent candidate for a very special fondness on the part of the Creator. …