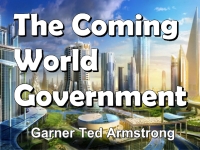 The biggest issue of our day is government, right government it’s about time Americans, Canadians and all of us took a look at the entire global arena of human kind and not just one nation as it tries to solve its own domestic, chauvinistic, racist, political or other ills. Because after all each nation is only a family, each nation is a family grown great as a nation, now I know the United States of America is like a homogeneous mass of all kinds of different people… …