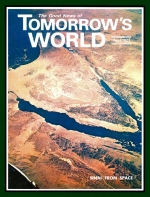 WHY are we not more successful in living up to God’s standard? WHY do we slip and fall occasionally? Here is how YOU can overcome where you are weakest and hardest tempted! DO YOU have some “besetting sin” – some point of weakness, perhaps secret, you have been unable to overcome? Have you ever met temptation, struggled with it, only to wake up a little later to the remorseful fact that you had slipped, and failed to overcome? …