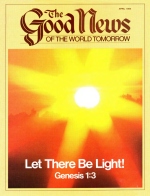 “I’ll never forgive nor forget what they did to me.” This common saying reflects the deep hurts of life. But, God requires Christians to forgive the evils done to them. He clutched in vain for the wall of the well as he was pushed over the edge. With a rush he fell freely into the blackness. As he tried to right his falling body, a mighty whoosh came from the beating wings of a host of bats as they swarmed past him to the surface. His thoughts raced. How deep? Was there water at the bottom? In a moment his heels hit with a crushing jolt. His legs jackknifed and his spine jarred as his bottom took the impact. His elbow cracked against a rock, sending pins and needles coursing through his arm. …