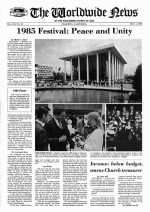 Elbert Hubbard once said, “The greatest mistake you can make is to be continually fearing you will make one.” Do you live in constant fear of making a mistake? Do you suppress great creative ideas because you are afraid they will fail? Then remember this: Many errors are serviceable, and some are even essential to ultimate success: In interviews, the first heroic climbers of Mt. Everest pointed out that the “mountain, couldn’t have been scaled sooner because a certain number of mistakes had to be made before man could know enough to do it successfully. The mountain could never have been conquered if man had never attempted to climb it for fear of making mistakes. The cause of fear… …