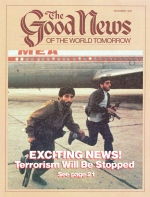 The Pharisees had done it again! Jesus and His disciples were taking a refreshing walk through the grain fields one Sabbath. Jesus, as was His custom, was probably using the time to teach His friends more of the truth. As they walked, some of the disciples casually plucked off a few heads of grain to munch on. The Pharisees were outraged. These self-righteous religious leaders prided themselves on their strict observance of the Sabbath. In the ignorance, they had made the Sabbath a spiritual obstacle course with hundreds of picky dos and don’ts. …