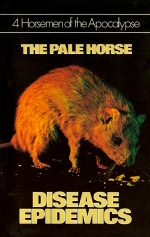 In the book of Revelation we find a disturbing vision of four fearsome horsemen (Rev. 6:1-8). Each of these horsemen is a symbol of the four major punishments to be inflicted upon a rebellious mankind — probably in the not-too-distant future! Each represents the final, end-time culmination of the major crises with which the world has been confronted for centuries — false religion, war, famine and disease epidemics. This series of booklets will make the prophecies of Revelation 6 come to life. You will learn the significance of each symbolic horse and rider. This message is one of the most frightening in all of the Bible. You need to be informed and prepared for what’s ahead in Bible prophecy! …