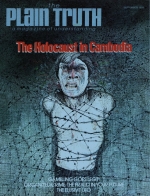 Is the Sabbath commandment still a part of the Decalogue? Or is it the only one of the Ten Commandments that is now obsolete? Nowhere in the New Testament are the Ten Commandments listed in order from one to ten. Nowhere in the New Testament is the Sabbath command repeated verbatim. Without the Old Testament we would not know the exact construction of God’s basic law. Without the Old Testament we would not even know that the exact number of commands is ten. These are startling facts that many of us have never stopped to consider. What about it? Is there any logical biblical reason why we should keep the Sabbath today? Should we now keep all ten of the Ten Commandments – or only those points that pertain to our neighbor? Should we love God only in a very general manner? …