GETTING HIGH Who Says: It Doesn’t Affect Me? – Michael A Snyder – Plain Truth Magazine

GETTING HIGH Who Says: It Doesn’t Affect Me? – Michael A Snyder – Plain Truth Magazine 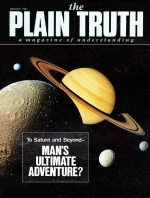 Why do people take drugs? Users range from executives with a $500,000-a-year income to your son or daughter. What’s the motivating factor? It’s time for some straight talk. We are in the midst of a social revolution that is virtually out of control. A recently released survey by the U.S. National Institute on Drug Abuse (NIDA) now discloses an “astounding” rise in the consumption of marijuana by young adults. The survey uncovered the fact that two out of three Americans between the ages of 18 and 25 have smoked the drug and fully one third of that figure have tried hallucinogens, cocaine or heroin. We are not talking about tens or hundreds. This survey shows that multiple millions of young adults, the people that used to be referred to as “the leaders of tomorrow,” have extensively sampled substances classified by the U.S. government as narcotic dangerous material. …