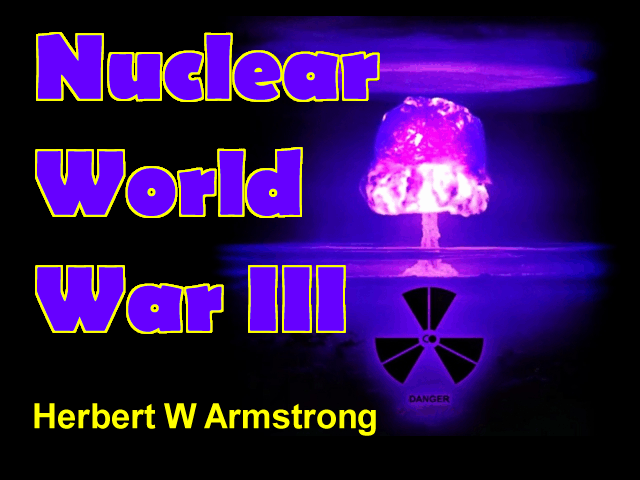 Nuclear war is definitely coming, Bible prophecies shows that whole cities are going to be laid waste in our time. The August number of The Plain Truth Magazine will carry a cover article “Humanity Won’t End in a Nuclear Holocaust”. This article is going to show you the terrors of a nuclear Holocaust and it is coming, but there is also good news, humanity won’t end and on beyond is going to come a real happy and peaceful world tomorrow that we’ve been proclaiming on this program for a long, long time… …