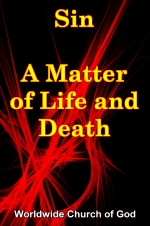 “Sin is fun!” So scribbled the graffiti author on a decaying brick tenement wall deep in the slums of a large city. While the elements may soon wash these words from the masonry, false beliefs about sin, like this one, will long engrave the minds of millions of humans everywhere. Few people, graffiti artists and professing Christians alike, really understand the biblical doctrine of sin! …