TRUE SPIRITUALITY What Is It – Do You Know? – Herbert W Armstrong – Plain Truth Magazine

TRUE SPIRITUALITY What Is It – Do You Know? – Herbert W Armstrong – Plain Truth Magazine 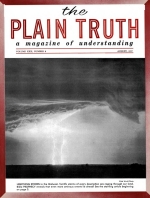 How often do we hear one say, “He IS so SPIRITUAL”;… or, “Those people are not very spiritual.” What is true spirituality – do you know? We need, just now, to be warned against being deceived into a false standard of spirituality. We need to examine the true scriptural standard. Four Things Usually Accepted As Sure Evidence; There are four things generally regarded as sure evidence of a spiritual mind. …