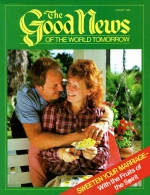 We all need to be more concerned with the needs of others than with ourselves. Everywhere he looked there was dust. Elijah had followed God’s instructions and was taking the trail to Zarephath. The effects of the devastating drought were widespread. Crops were failing and animal herds were gradually being killed off as the months of rainless skies took their toll. Fortunately, there was still some precious water in the well at Zarephath, and as the prophet stopped to rest, he asked a passing woman to fetch him a drink. Then he made another request – one that, at first, seemed difficult for the woman – a widow – to fulfill. After all, the drought had caused a famine. Food was not readily available. …