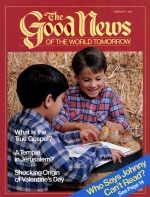 Jews and Christians alike anticipate the construction of a temple in Jerusalem. But is a temple necessary to fulfill prophecy? It was April, A.D. 69. The 29-year-old General Titus had command of the Roman army for the Judean campaign. The Jewish war against Rome started in early A.D. 66. Gradually the Roman legions brought the rebellion under control. Now, in 69, the siege had caused famine. Jerusalem’s population had swollen by the thousands as refugees gathered in one last desperate struggle against the Roman armies. Some 25,000 Jewish fighters prepared to hold off 80,000 Roman troops from four legions. …