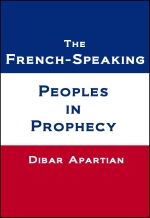 The origins of the histories of the French-speaking countries, as those of all the nations of the world, represent an insoluble mystery for historians and ethnologists. They recognize frankly that the annals of ancient history are very obscure. “History doesn’t know the origin of any people” remarked Lenormant (Ancient History of the Orient, p. 234) adding that the farther one attempts to delve into the past, the more obscure it becomes. …