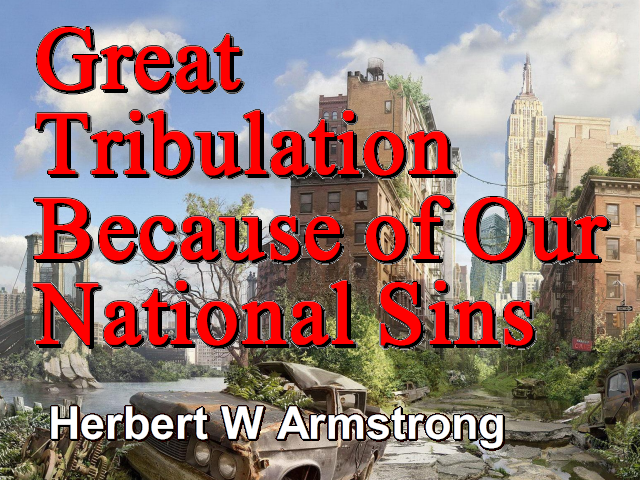 There is tremendous meaning back of what’s going on in the world today. Because there is a purpose being worked out here below and God almighty is doing the working out. These events aren’t just happening; these events are not meaningless. Now the very next tremendous world shaking event conditions are fast building up to it now, is the most tremendous national punishment that God Almighty has ever meted out to any people. And it is coming on us, unless, we repent of our ways and unless we return to God, that punishment is going to come on us. And it’s going to come by another power than the communist’s power. They’re going to strike.., later. They’re going to strike against us but later, much later. They’re slow moving, they’re not going not going to get such a quick start as even they hope And in the mean time gradually, faster and faster a new power is being developed from underneath. A new power that the public and the world least suspect right now.., which it doesn’t yet see. …