If I Were the Devil – David L Antion – Good News Magazine

If I Were the Devil – David L Antion – Good News Magazine 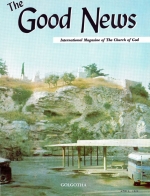 If you could see and hear Satan, how would he act and talk? Maybe you are listening to him and don’t know it! Read this unusual article and learn to recognize the Devil’s line! IF I were the Devil I’d be an expert at overthrowing people. Don’t forget I caused Israel to be overthrown many times. I conquered persons such as Ananias, Sapphira, Alexander the coppersmith, and Hymenaeus – all onetime members of God’s Church. …