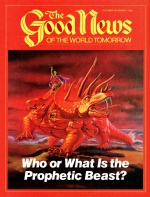 The name means “hallowed evening.” But is it really? Where did it come from? What is it all about? And is it really good for children? Creepy goblins, ghosts and demons, witches on brooms, spiders and bats, dead men’s bones, flickering jack-o’-lanterns, black cats, eerie costumes and parties. What a weird festival this is! …