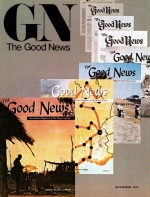 Higher biblical criticism has long been peddled among theologians and laymen alike. Many are affected by its theories. What is “higher” biblical criticism? Why should we be concerned about it? What motivates it? How does it work? Where did it come from? It’s time to examine and explode this intellectual charade! REMEMBER the Groucho Marx television quiz show – You Bet Your Life? On this program couples won money by answering questions. Whenever a couple would give the wrong answer, they were allowed a “consolation question.” An example: “Who is buried in Grant’s tomb?” The answer was always humorously obvious – Grant is buried in U. S. Grant’s tomb – and every couple won the consolation prize. …