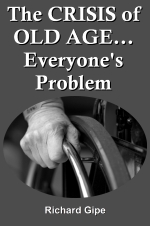 Senior citizens have more of almost everything – more health problems, more financial problems, more housing problems, more need for transportation, and more loneliness. They lack what they need most – a meaningful place in the mainstream of society. Can the problems the elderly face be resolved? As a Senior Citizen, what is your biggest worry? …