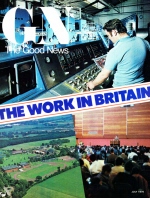 “Ye are gods,” said your Savior. An anthropomorphic idea? Spiritual salt and pepper? A theological euphemism? Or did He really mean it – literally? “Thou art God!” What a mind-boggling possibility! Is God literally our Father? Are we literally His sons? What is the mystery of God? Blasphemy!” shouted the righteously indignant and generally enraged religious bigots of Jesus’ day when He said, “I am the Son of God” (John 10:36). “For a good work we stone thee not; but because thou, being a man, makest thyself God,” they explained smugly in their theological straitjacket as they stooped to pick up rocks (verse 33). …