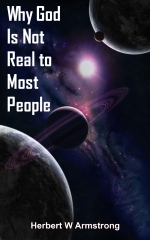 Millions who claim to believe in God would be shocked if they knew the actual SOURCE of their belief and practice. I WONDER if you are like the person who said to me: “I believe in God, but it seems like God is so far of – so UNREAL!” WHY do most people feel this way? …