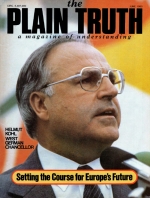 Rome, A.D. 64-The capital of the world is in flames! For six days and nights the great fire races out of control through the most populous districts of the imperial city. In its fury, the blaze reduces half the metropolis to ashes. Many of the architectural glories of ancient Rome are devoured in the flames. Thousands of terror stricken Romans are made homeless, all their worldly possessions lost. From atop his palace roof, the Emperor Nero views the awesome Panorama. Some Romans suspect the truth. They believe that Nero inhuman, maniacal, insane – has personally triggered the conflagration. Fancying himself a great builder, he desires to erase the old Rome that he might have the glory of founding a new and grander city Nero’s Rome! …