Can You Believe BOTH the Bible AND Evolution? – Ambassador College Production – Special Topics

Can You Believe BOTH the Bible AND Evolution? – Ambassador College Production – Special Topics 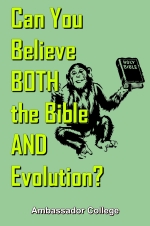