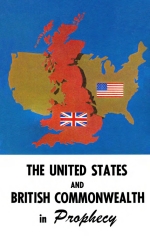 Events of the next five years may prove this to be the most significant book of this century. People of the Western World would be STUNNED! – DUMB-FOUNDED! – if they knew! The governments of the United States, Britain, Canada, Australasia, South Africa, would immediately institute drastic changes in foreign Policy – would set in motion gigantic crash programs – IF THEY KNEW! …