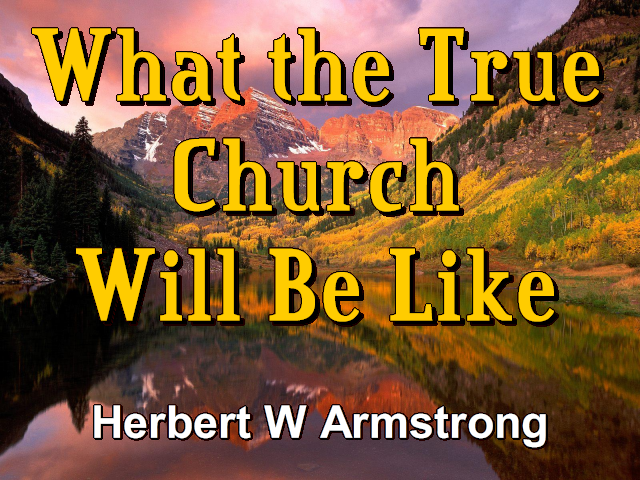 Why is it my friends that you have not heard the true Gospel of Jesus Christ but rather a message of men, a gospel of men about His person but not the message that Christ Himself brought and preached? Now, do you know that that message was not the message of Christ either, so far as that is concerned? It was not Christ’s message at all, actually. It was the message of God the Father. And so when we read the 5th chapter of John and verse 30, Jesus said here, “I can of myself do nothing.” I wonder if you have all realized that. A lot of people never did. They thought Jesus had Power inherent in Himself to perform all miracles and to do all of the things that He did. He said that He was helpless, He was a human like you and I. He said that of Himself He could do nothing. “I can of myself do nothing. As I hear I judge my judgment is righteous because I seek not my own will but the will of him that sent me.” …