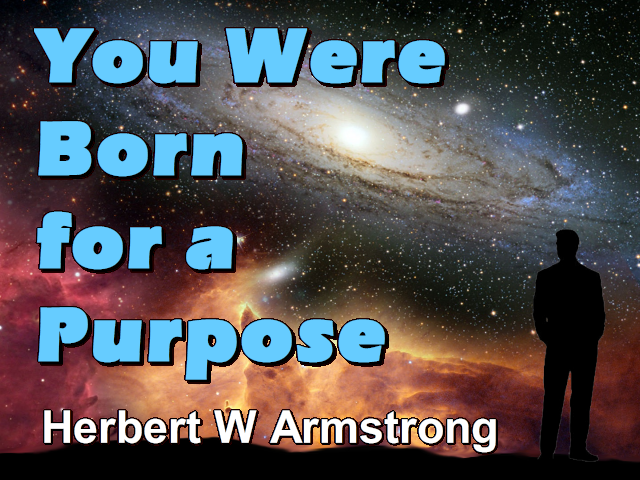 Listen, do you know where you are going? Do you have a real goal, a purpose in life? You were put on this earth for a purpose. God Almighty planned and designed every detail of everything that exists on this earth, and that includes you. Now from one mile up in the air in an airplane you would be barely visible, just a little speck, that’s all. From four miles up you would have vanished completely. No wonder the apostle Paul was inspired to ask in Hebrews 2:6-10: …