Are You a Servant or Hireling? – Dibar K Apartian – Good News Magazine

Are You a Servant or Hireling? – Dibar K Apartian – Good News Magazine 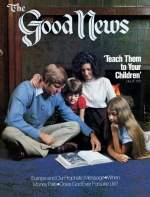 A few months ago, a good friend of mine told me that he stayed awake one night wondering whether he was truly a servant of Jesus Christ – or simply a hireling. What an interesting thought! Has it ever crossed your mind? Have you ever wondered about your own status? Do you even know the difference between a servant and a hireling? Strange as it may seem, quite a few people in God’s Church today – despite their good intentions – often think and act as though they were only hirelings. Why? What makes them – without realizing it – be what they don’t want to be? …