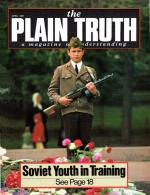 Here is an eye-opening article on a much misunderstood subject. Some ask, “Wasn’t tithing just for the Jews?” Others, “Wasn’t tithing done away?” Or, “Was it a form of national taxation in ancient Israel?” Or, “Was it to supply material needs to the poor?” Here is the New Testament teaching. You’ll find this article interesting, enlightening, pain! How should God’s work be financed? Does God have a definite system? Is “tithing” obligatory in New Testament times? Or has God left us to our own devices to raise money? Or did God perhaps leave it for each one to give what he feels like – if he feels like giving it? Others ask, “Wasn’t tithing just for Jews?” Or, “Wasn’t tithing done away? Wasn’t it just part of the ceremonial system introduced by the old covenant law of Moses?” Others, today, are taught and believe tithing was merely a form of national taxation in the civil government of the one-time nation of Israel. Still others teach that the tithe supplied the material needs of the poor, and was never put into the ministry. …