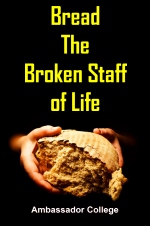 As the “have” nations grow richer, their national state of health grows poorer. Persons in less developed areas with a simpler life often experience comparatively better health – even with inferior medical facilities. The difference is often diet. Read in this article the disastrous result of one of modern man’s attempts to “upgrade” his food supply – his tampering with bread, the traditional staff of life. …