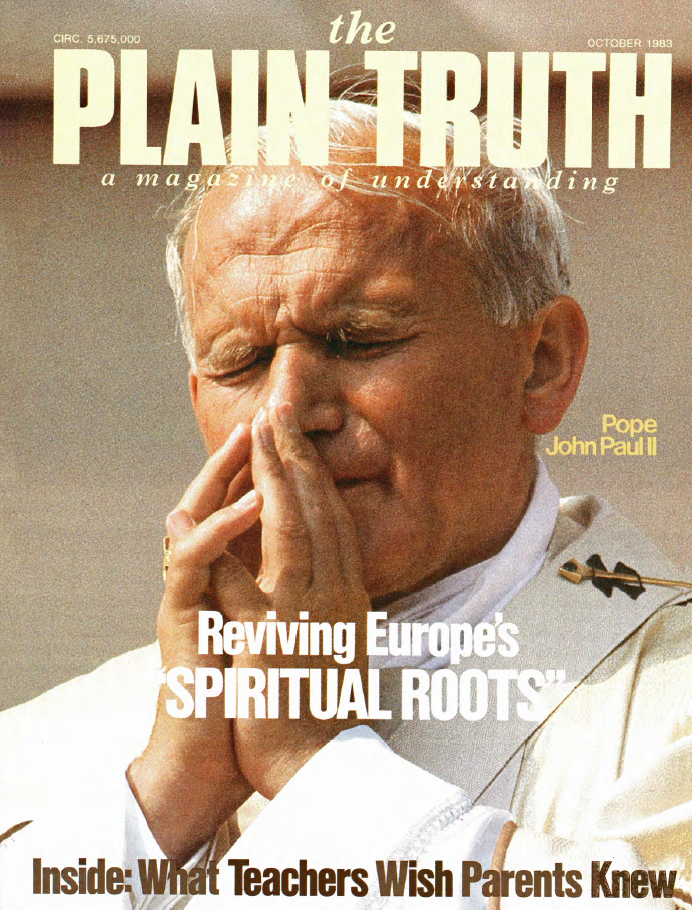 Is modern society really going to get better? What lies ahead in our moral and spiritual future? You may be in for a shock! What is really going to happen over the next decade or two? Are we going to witness a spiritual revival of brotherly love among men and nations- and therefore a sharp decline in crime, violence and wars? Or will it be just the opposite? Many sincerely religious people are hoping for what they call a “religious reawakening in our time.” They think that somehow, by prayer and zealous efforts, the churchgoing people can win over the rest of the world to an acceptance of Jesus Christ as Savior, and thus bring about peace and tranquility among all men everywhere. But what does the Bible say? How does Almighty GOD through his Word – describe the religious future of this world, which is absolutely CERTAIN to come? …