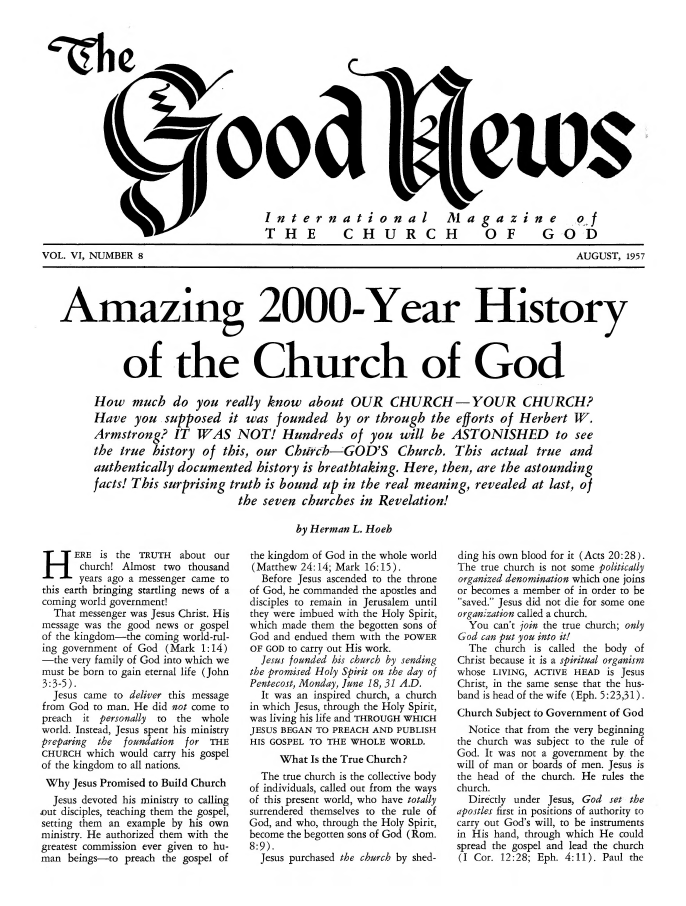 How much do you really know about OUR CHURCH – YOUR CHURCH? Have you supposed it was founded by or through the efforts of Herbert W. Armstrong? IT WAS NOT! Hundreds of you will be ASTONISHED to see the true history of this, our Church – GOD’S Church. This actual true and authentically documented history is breathtaking. Here, then, are the astounding facts! This surprising truth is bound up in the real meaning, revealed at last, of the seven churches in Revelation! …