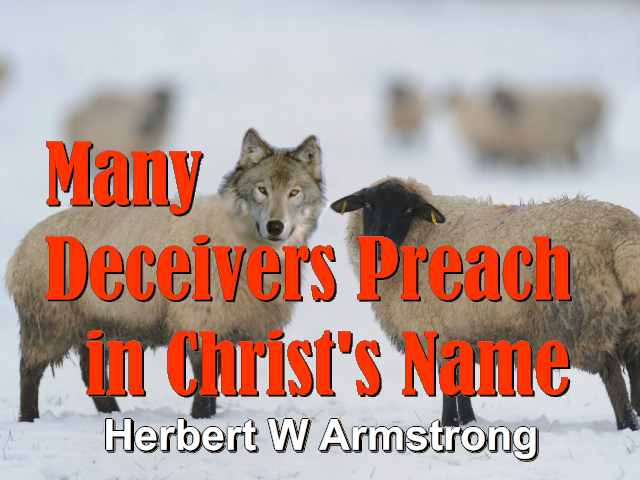 Now, He had answered and said that the very first thing that would happen was this, “Take heed that no man deceive you.” Others are going to be deceived but “take heed that no man deceive you. For many shall come in my name, saying, that I am Christ…” Now, He didn’t say that men will come in their own name saying that they are Christ. I know that nearly everybody has read that and thought that that referred to people that would come and say, “I am Christ,” say that they themselves, that is, are Christ. …