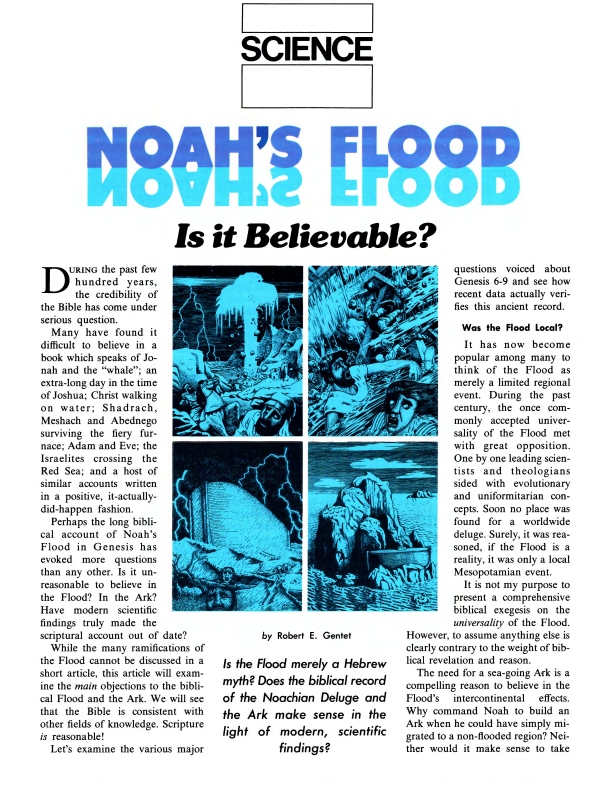 Is the Flood merely a Hebrew myth? Does the biblical record of the Noachian Deluge and the Ark make sense in the light of modern, scientific findings? DURING the past few hundred years, the credibility of the Bible has come under serious question. Many have found it difficult to believe in a book which speaks of Jonah and the “whale”; an extra-long day in the time of Joshua; Christ walking on water; Shadrach, Meshach and Abednego surviving the fiery furnace; Adam and Eve; the Israelites crossing the Red Sea; and a host of similar accounts written in a positive, it-actually-did-happen fashion. Perhaps the long biblical account of Noah’s Flood in Genesis has evoked more questions than any other. …