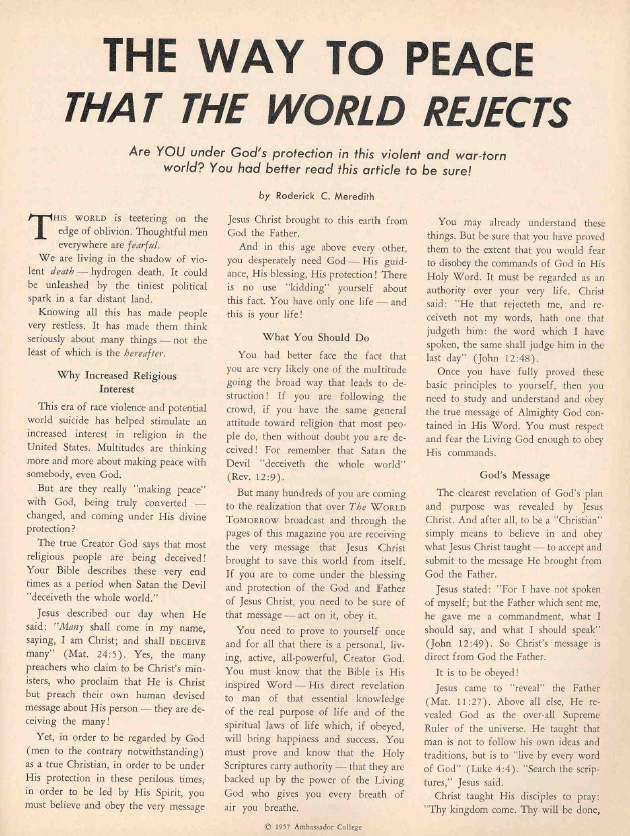 Are YOU under God’s protection in this violent and war-torn world? You had better read this article to be sure! This world is teetering on the edge of oblivion. Thoughtful men everywhere are fearful. We are living in the shadow of violent death – hydrogen death. It could be unleashed by the tiniest political spark in a far distant land. Knowing all this has made people very restless. It has made them think seriously about many things – not the least of which is the hereafter. …