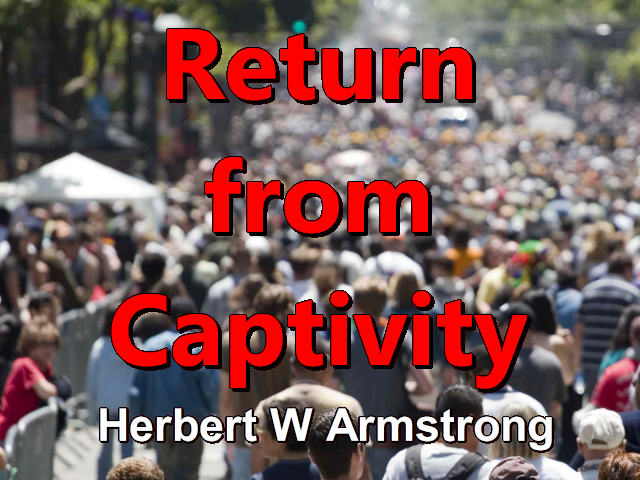 There is good news, in store, not only for you, but for our people and our nation after we’ve learned some very, very serious lessons. But in the mean time, we’re living in a very upset world. And we here in the United States are going the way of ancient Roman, we’re plunging on to our doom, unless we learn some lessons and turn from our present course. And we’re going to do a little suffering before we learn our lessons. But God almighty is going to intervene. He’s going to save us from our selves; He’s going to save this world from mass suicide. He’s going to save this world and in the midst of a time of trouble such as has never occurred, from the beginning of the world to this time nor ever shall be. And it’s the time of our own national trouble, as is prophesied in your Bible. And these prophecies are absolutely certain to happen as much as the rising and setting of the sun. You know, my friends, these prophecies begin three thousand years ago. And up to nineteen hundred years ago, God continued to have His prophecies put into writing. …