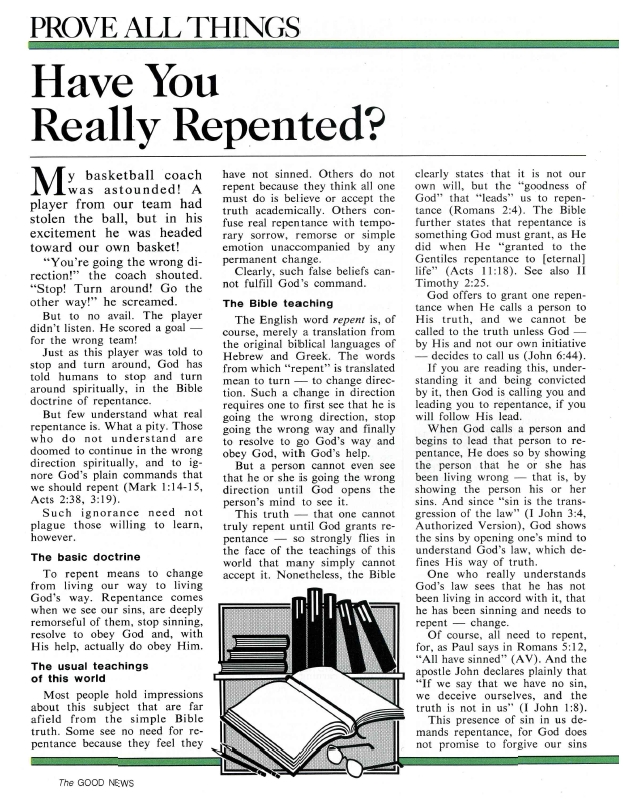 My basketball coach was astounded! A player from our team had stolen the ball, but in his excitement he was headed toward our own basket! “You’re going the wrong direction!” the coach shouted. “Stop! Turn around! Go the other way!” he screamed. But to no avail. The player didn’t listen. He scored a goal — for the wrong team! Just as this player was told to stop and turn around, God has told humans to stop and turn around spiritually, in the Bible doctrine of repentance. …