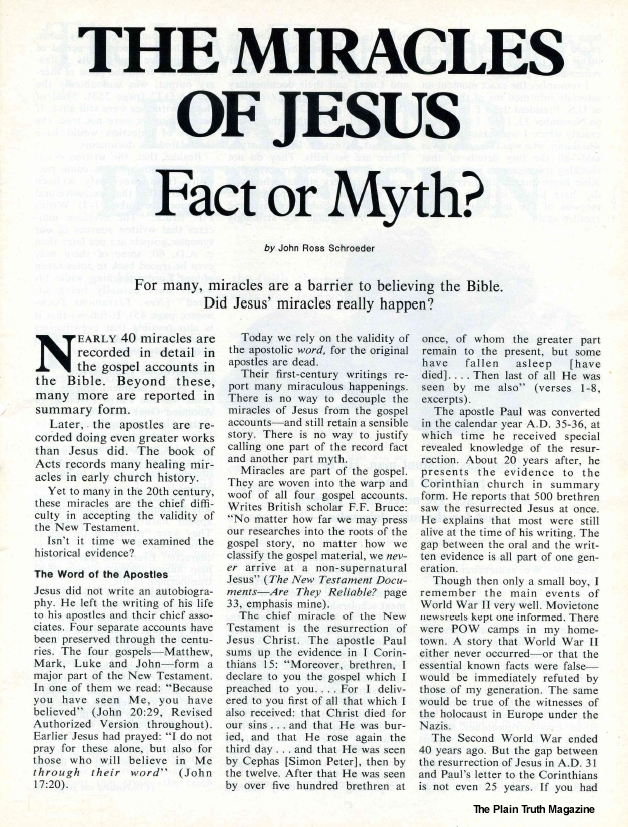 For many, miracles are a barrier to believing the Bible. Did Jesus’ miracles really happen? Nearly 40 miracles are recorded in detail in the gospel accounts in the Bible. Beyond these, many more are reported in summary form. Later, the apostles are recorded doing even greater works than Jesus did. The book of Acts records many healing miracles in early church history. Yet to many in the 20th century, these miracles are the chief difficulty in accepting the validity of the New Testament. Isn’t it time we examined the historical evidence? …