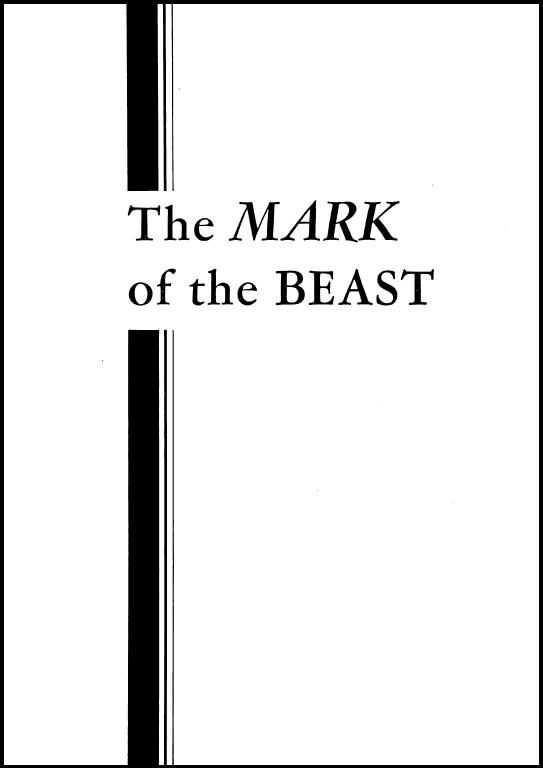 Better be sure whether this brand is upon you! Without it, no man will be able to buy or sell! Without it, you may be tortured even unto death! But with it, you shall suffer the SEVEN LAST PLAGUES OF GOD! SOME used to say this mystic “mark” was the faces on the old United States dimes. During World War II many said it was Hitler’s swastika. During the Depression New Deal many said it was Roosevelt’s NRA! No subject has intrigued — and baffled — more people in our generation. Thousands of sermons have been preached on it — by professed ministers and evangelists who themselves did not know what it is! Millions have been curious. The average sermon on this subject considers one text of Scripture, only! …