Who Was the ‘Judas’ of the Old Testament? – Carrol Miller – Good News Magazine

Who Was the ‘Judas’ of the Old Testament? – Carrol Miller – Good News Magazine 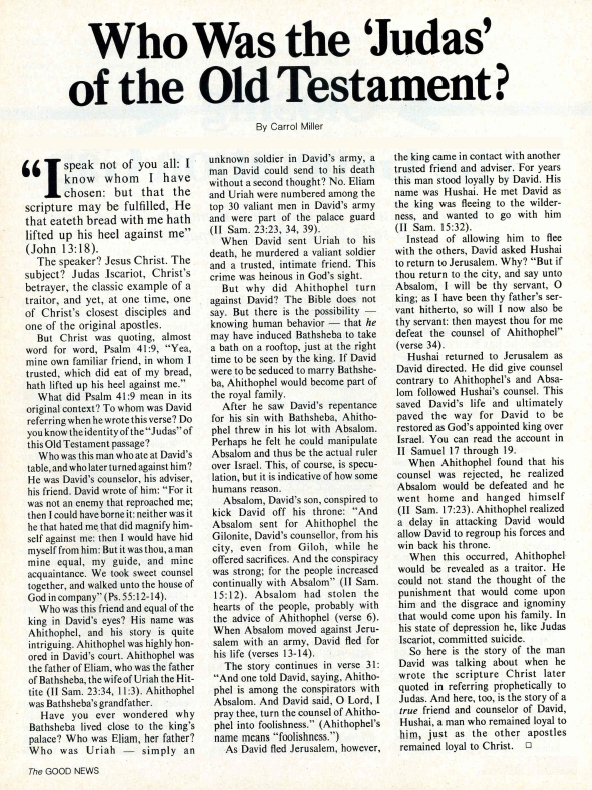 “I speak not of you all: I know whom I have chosen: but that the scripture may be fulfilled, He that eateth bread with me hath lifted up his heel against me” (John 13:18). The speaker? Jesus Christ. The subject? Judas Iscariot, Christ’s betrayer, the classic example of a traitor, and yet, at one time, one of Christ’s closest disciples and one of the original apostles. But Christ was quoting, almost word for word, Psalm 41:9, “Yea, mine own familiar friend, in whom I trusted, which did eat of my bread, hath lifted up his heel against me.” …