EVER KNOW WHY Money Is the Root of All Evil? – Herbert W Armstrong – Good News Magazine

EVER KNOW WHY Money Is the Root of All Evil? – Herbert W Armstrong – Good News Magazine 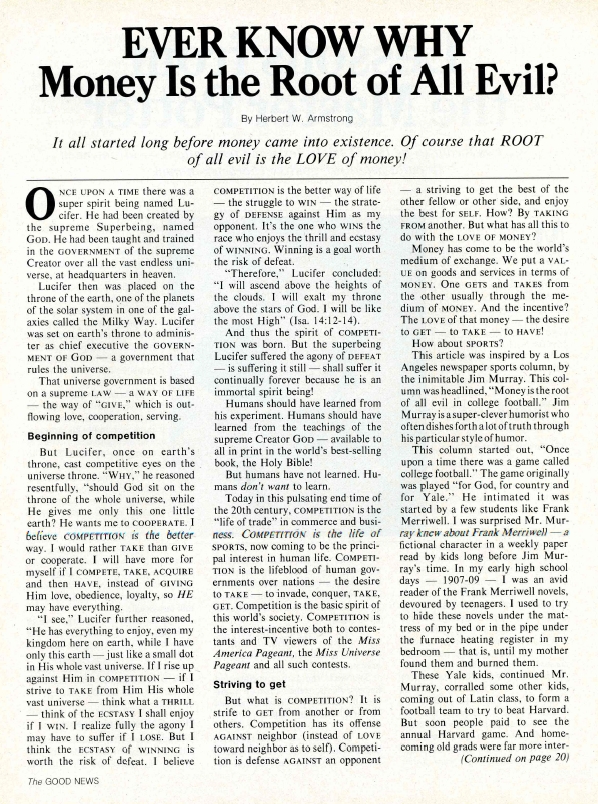 It all started long before money came into existence. Of course that ROOT of all evil is the LOVE of money! ONCE UPON A TIME there was a super spirit being named Lucifer. He had been created by the supreme Superbeing, named GOD. He had been taught and trained in the GOVERNMENT of the supreme Creator over all the vast endless universe, at headquarters in heaven. Lucifer then was placed on the throne of the earth, one of the planets of the solar system in one of the galaxies called the Milky Way. …