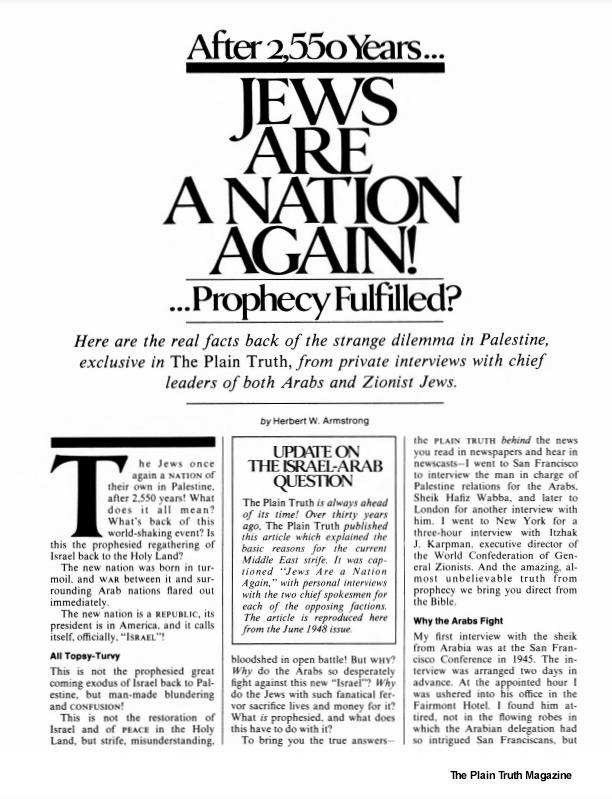 Here are the real facts back of the strange dilemma in Palestine, exclusive in The Plain Truth, from private interviews with chief leaders of both Arabs and Zionist Jews. The Jews once again a NATION of their own in Palestine, after 2,550 years! What does it all mean? What’s back of this world – shaking event? Is this the prophesied regathering of Israel back to the Holy Land? The new nation was born in turmoil, and WAR between it and surrounding Arab nations flared out immediately. The new nation is a REPUBLIC, its president is in America, and it calls itself, officially, “ISRAEL”! …