The Crucifixion Was Not On Friday – Herman L Hoeh – Booklet

The Crucifixion Was Not On Friday – Herman L Hoeh – Booklet 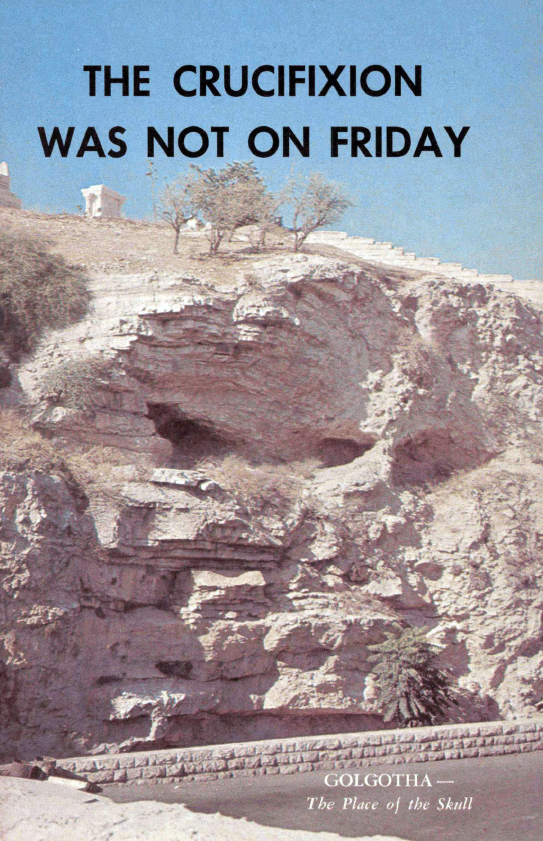 This is Golgotha, the Place of the Skull, upon which Jesus Christ, the Savior of the world, was crucified. The natural caves in this small hill outside the walls of Jerusalem give the appearance of eyes, and, below the rock wall recently built by the Arabs, another set of gaping holes representing nose and mouth – hence the name of the hill. Immediately to the left is the Garden Tomb, which once belonged to Joseph of Arimathea, where Jesus was buried. …