The Wages of Sin Is…? – Herbert W Armstrong – The World Tomorrow Radio Broadcast

The Wages of Sin Is…? – Herbert W Armstrong – The World Tomorrow Radio Broadcast 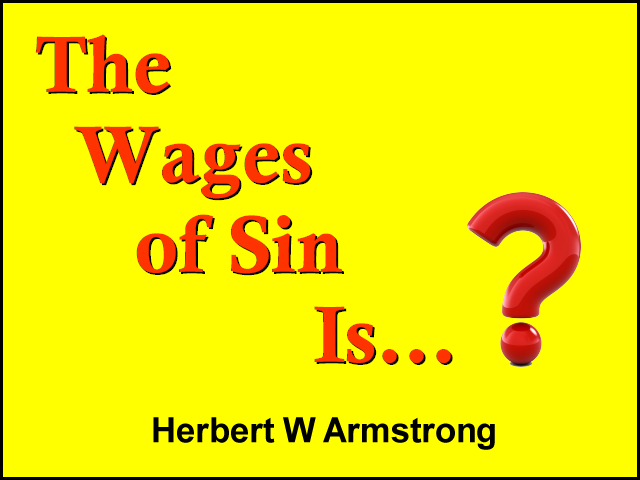 “Do I seek to please men? for if I yet pleased men, I should not be the servant of Christ. But I certify you, brethren, that the gospel which was preached of me is not after man [he didn’t get it from other men, he got it direct from Christ]. For I neither received it of man, neither was I taught it, but by the revelation of Jesus Christ.” (Galatians 1:10-12) …