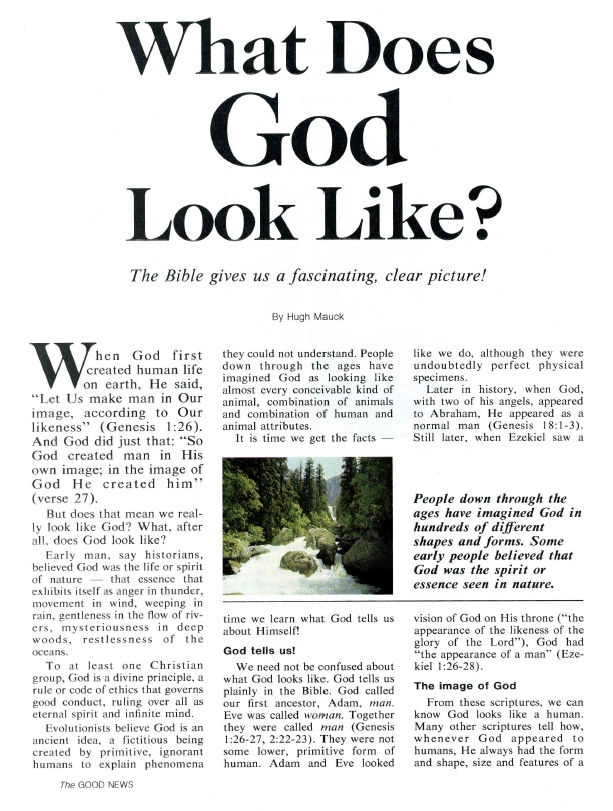 The Bible gives us a fascinating, clear picture! When God first created human life on earth, He said, “Let Us make m a n in Our image, according to Our likeness” (Genesis 1:26). And God did just that: “So God created man in His own image; in the image of God He created him” (verse 27). But does that mean we really look like God? What, after all, does God look like? Early man, say historians, believed God was the life or spirit of nature — that essence that exhibits itself as anger in thunder, movement in wind, weeping in rain, gentle ness in the flow of rivers, mysteriousness in deep woods, restlessness of the oceans. …