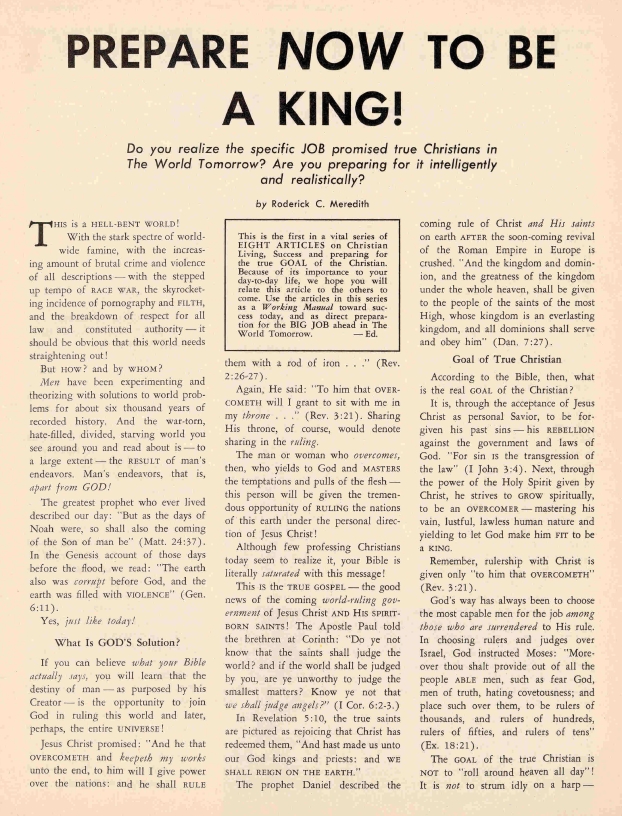 Do you realize the specific JOB promised true Christians in The World Tomorrow? Are you preparing for it intelligently and realistically? This is a HELL-BENT WORLD! With the stark spectre of world – wide famine, with the increasing amount of brutal crime and violence of all descriptions – with the stepped up tempo of RACE WAR, the skyrocketing incidence of pornography and FILTH, and the breakdown of respect for all law and constituted authority – it should be obvious that this world needs straightening out! But HOW? and by WHOM? …