The Soul That Sinneth Shall…? – Herbert W Armstrong – The World Tomorrow Radio Broadcast

The Soul That Sinneth Shall…? – Herbert W Armstrong – The World Tomorrow Radio Broadcast 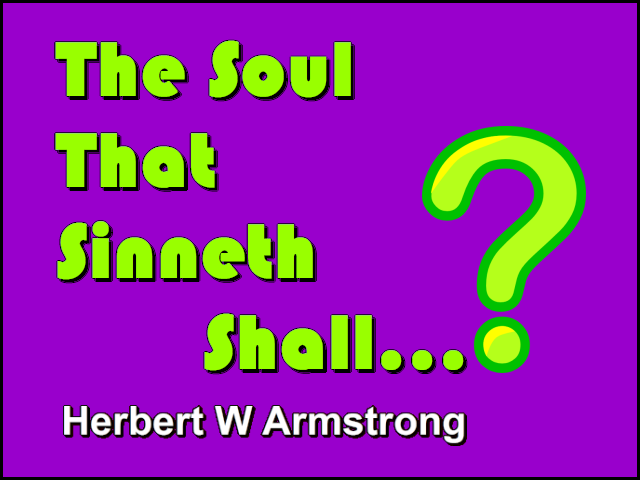