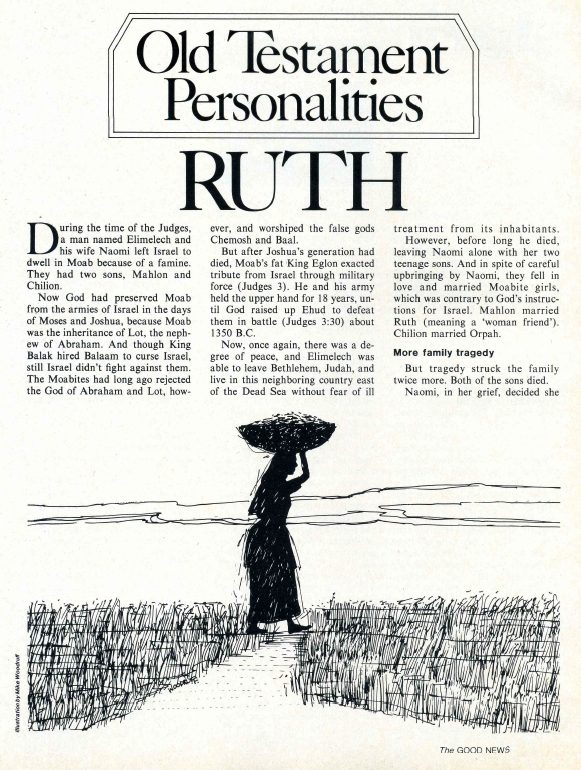 During the time of the Judges, a man named Elimelech and his wife Naomi left Israel to dwell in Moab because of a famine. They had two sons, Mahlon and Chilion. Now God had preserved Moab fr9m the armies of Israel in the days of Moses and Joshua, because Moab was the inheritance of Lot, the nephew of Abraham. And though King Balak hired Balaam to curse Israel, still Israel didn’t fight against them. The Moabites had long ago rejected the God of Abraham and Lot, however, and worshiped the false gods Chemosh and Baal. …