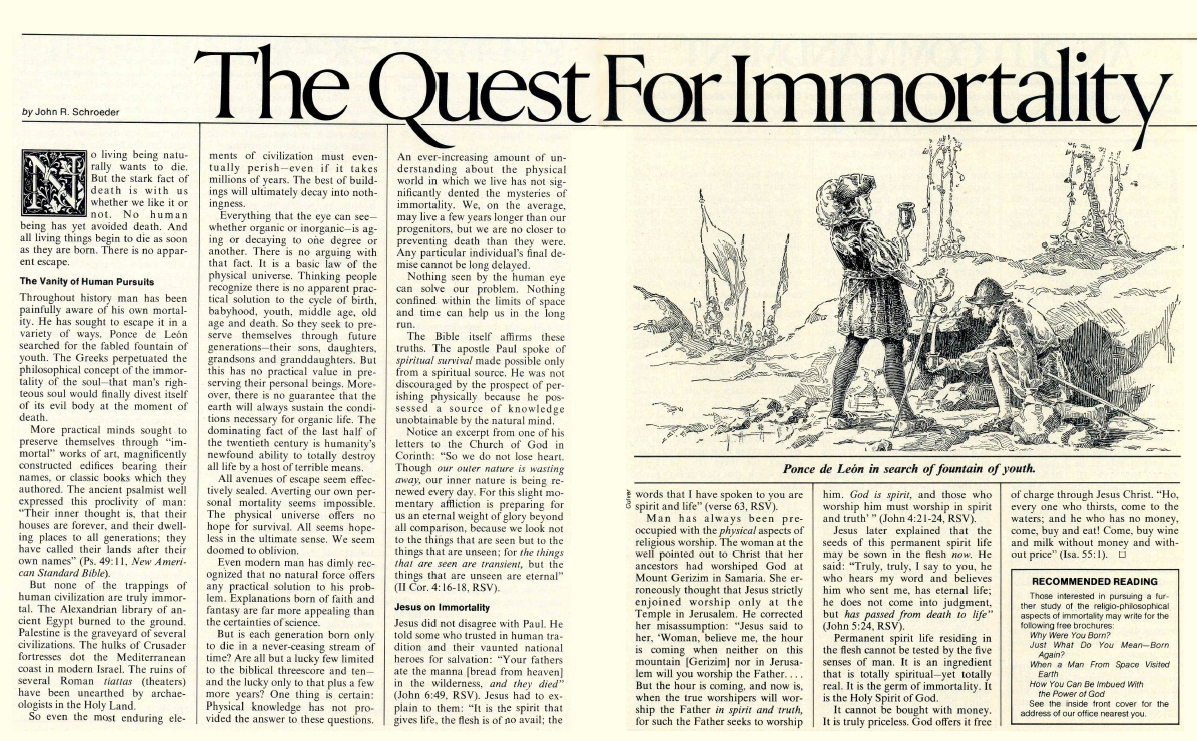 No living being naturally wants to die. But the stark fact of death is with us whether we like it or not. No human being has yet avoided death. And all living things begin to die as soon as they are born. There is no apparent escape. Throughout history man has been painfully aware of his own mortality. He has sought to escape it in a variety of ways. Ponce de Leon searched for the fabled fountain of youth. The Greeks perpetuated the philosophical concept of the immortality of the soul – that man’s righteous soul would finally divest itself of its evil body at the moment of death. …