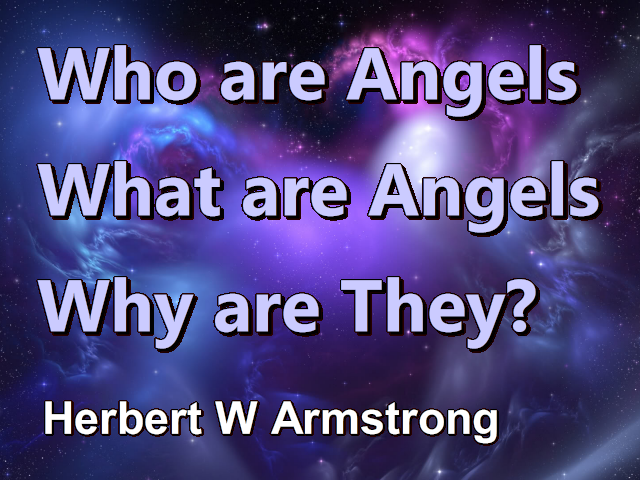 Have you ever heard a message about angels? Do you believe that they exist? I’m certain that no scientist ever told you anything about an angel. No astronomer ever saw one in a telescope, and no chemist ever saw one in a microscope, I’m sure. But you do read of them in the Bible. Now who are angels? What are angels? Why are they? How did they come to be? What is their purpose? What is their function? As I’ve said before, you can prove whether or not the Bible is the direct inspired Word of a Creator God. That’s proved by its prophecies, it’s proved by many other proofs so far as that is concerned. And either we accept what the Bible says about angels as being a revelation that is truth, or else we just say we don’t know anything about it. …